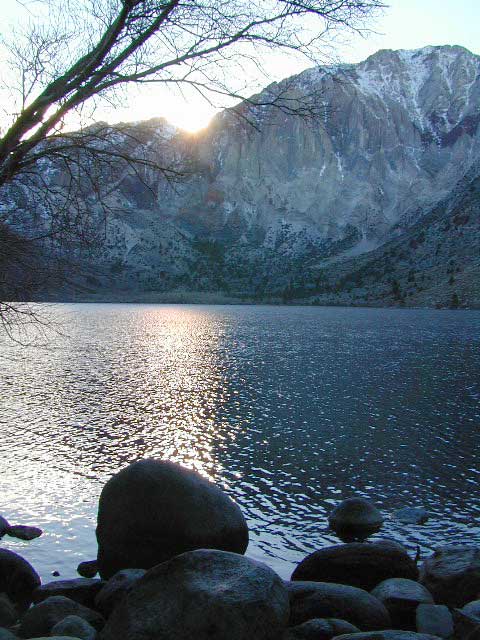 Some of the oldest exposed rock in the entire Sierra Nevada range can be found right here at Convict Lake. Look for the burgundy buckle that twists its energy across the gray granite on the opposite side of the lake. Hike over to it! Fishing, kayaking, picnicking & a good place to start off into the High Sierra back country. In the early days this was known as Monte Diablo Lake, before the bad guys had their shootout with the law.

description:
Convict Lake Wit-Sa-Nap: This little lake was named after some escapees from a nearby Nevada prison, who took on the law in a shootout during the late 1800's. Mount Morrison, the 12,000' peak overlooking the lake, was re-named in honor of the Sheriff killed in the gruesome battle. Only a few miles off Highway 395, the ancient granite rock towers above. Backpackers & fishermen will love the immediate access to the John Muir Wilderness areas with all the alpine lakes that dot this majestic mountain range. The one & only resort offers cabins & general store, as well as horse & boat rentals 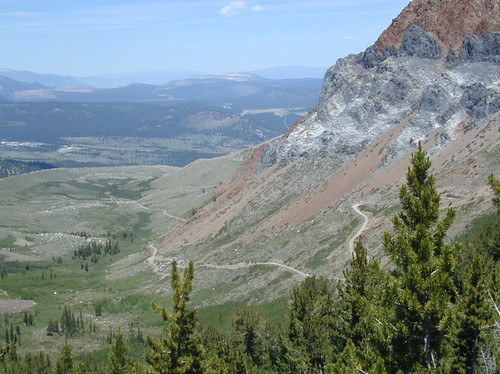