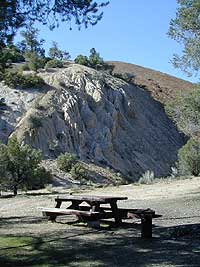 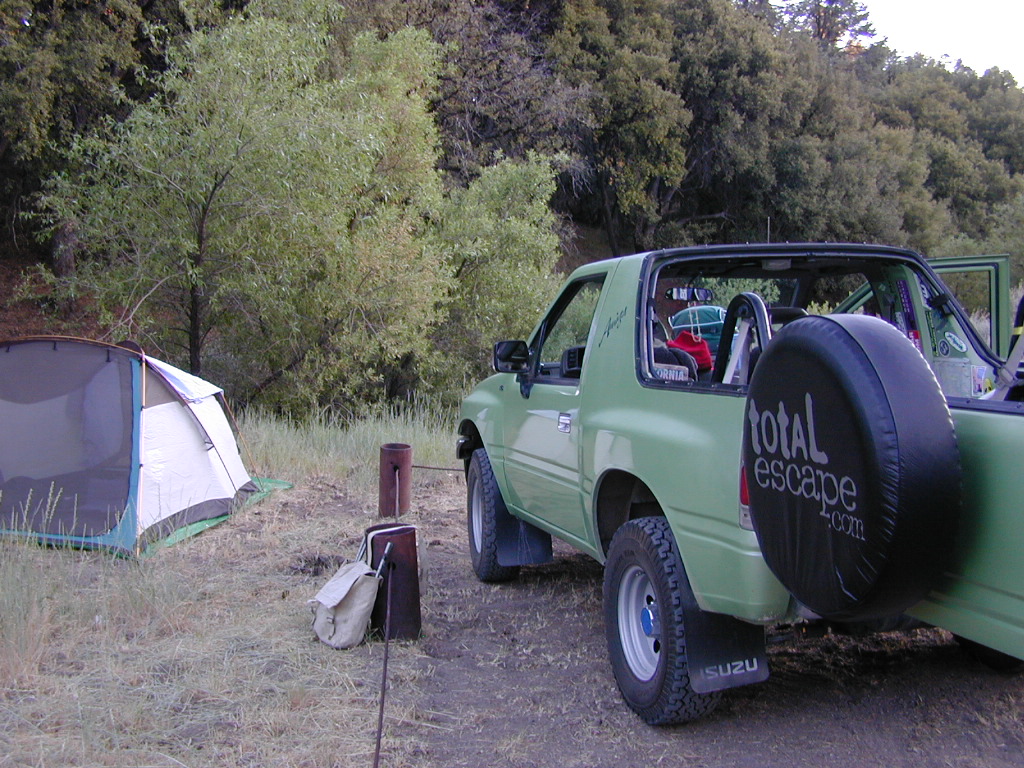 Toad Springs Campground atop Quatal Canyon. Small camps located in Los Padres NF have no fees, and often no toilets – so bring the shovel.

Many dirt roads are gated seasonally for wet weather or snow. Call rangers to find out which routes are open before you plan your weekend. Or have a plan B and C camp site ready if route is closed. Flashfloods, thunderstorms, and erosion means you may all-of-a-sudden need to use your 4WD. This is the mountains after all. UNpredictable weather is common. 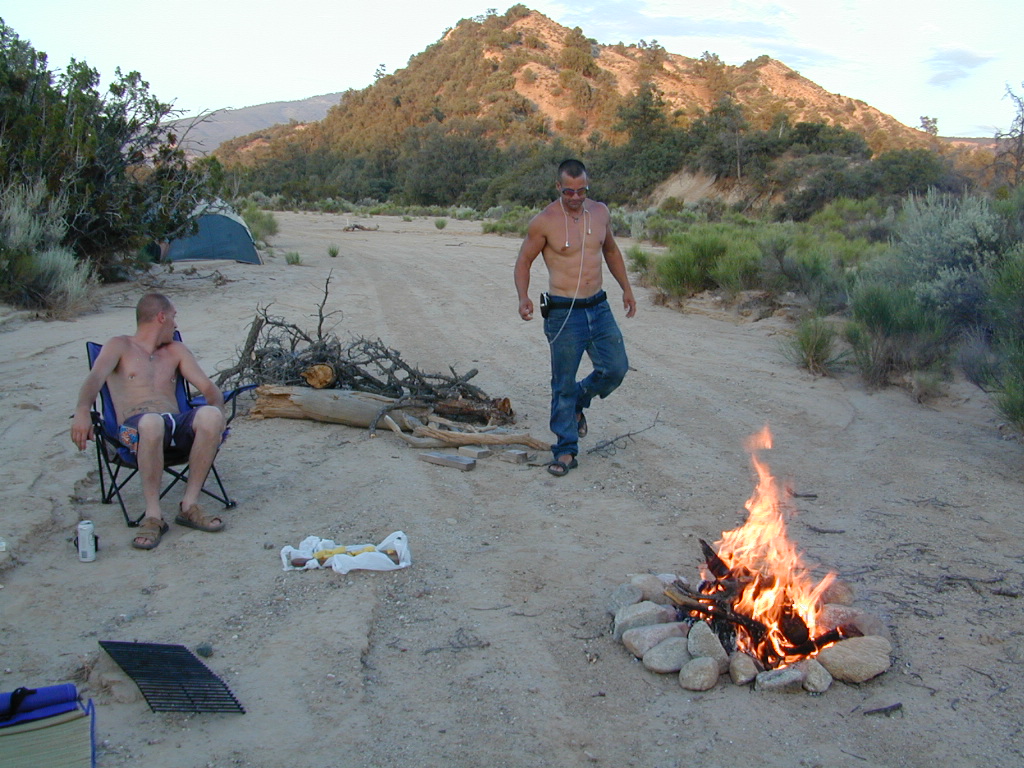 Primitive Camping in Quatal Wash, next to the OHV Route and the Chumash Wilderness 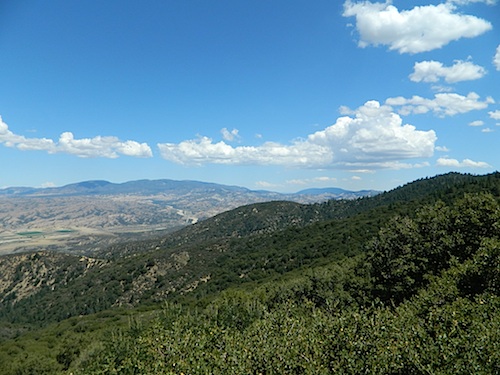 The main road parallels the big wash. Quatal Road #9N09 is graded (annually) and usually passenger car accessible; side routes to camps in the big wash or up any canyons may require high clearance or 4WD vehicle. No services in this canyon at all; Cell service is minmal. Gasoline is somewhere along the hwy (near a pistachio orchard).

map of the Los Padres region – 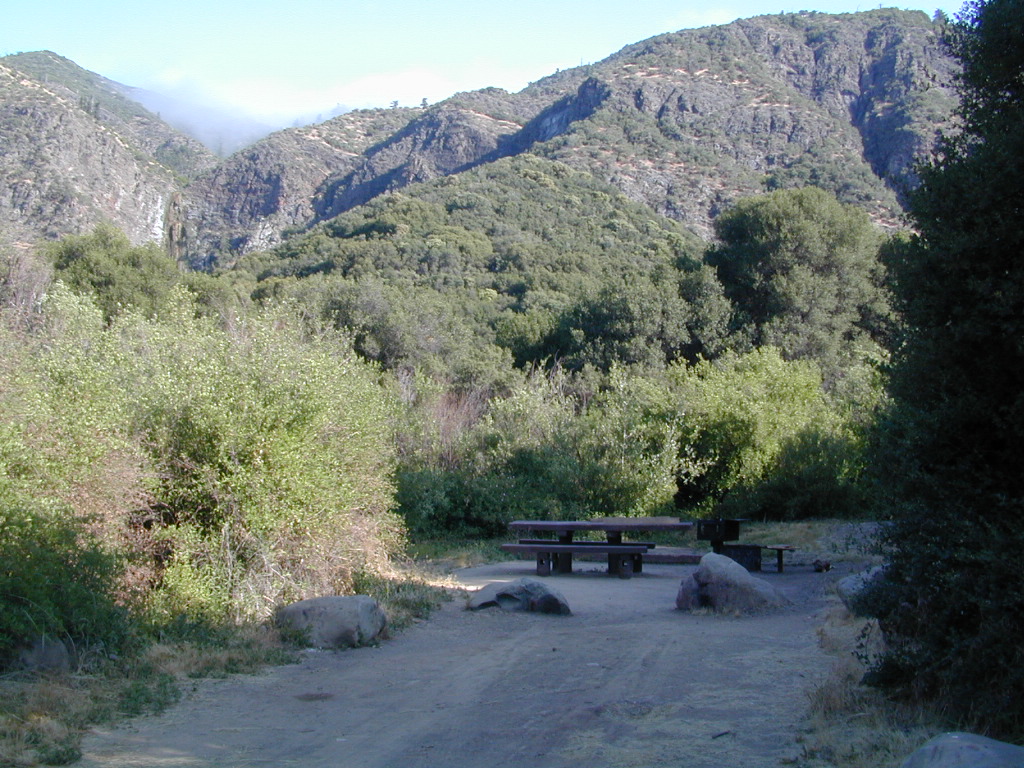 Rose Valley Falls has a small campground at the trailhead 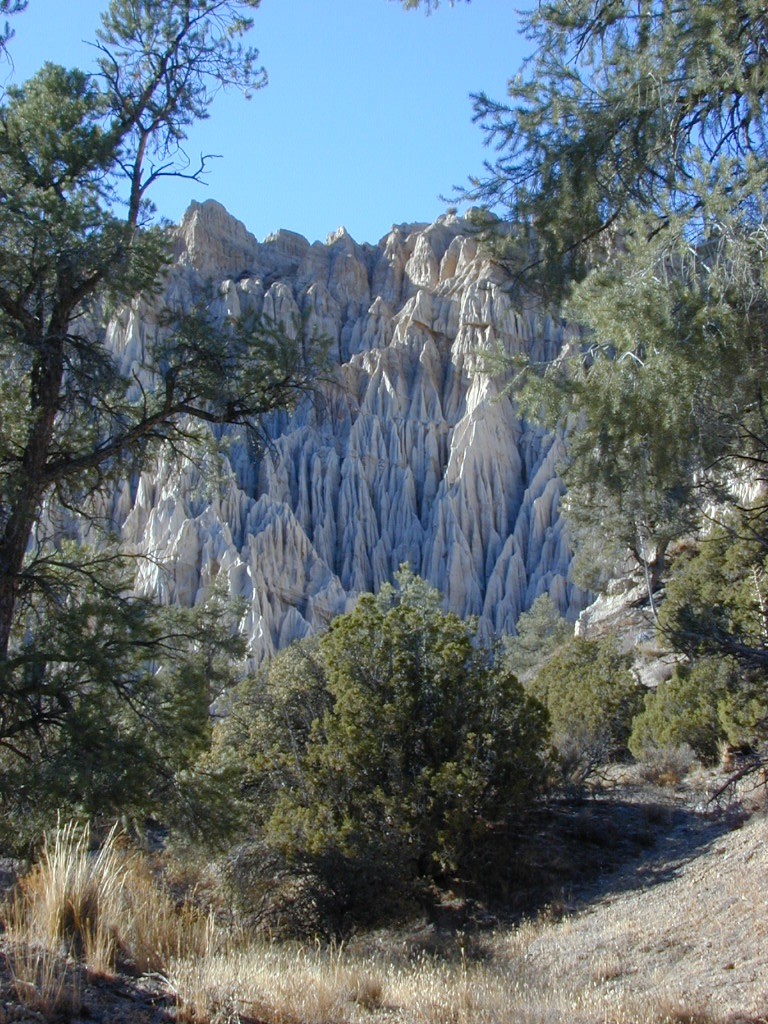 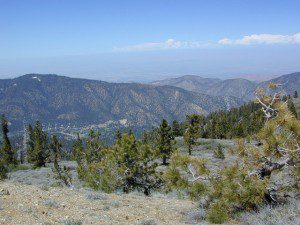 The Peak to Peak Hike is a 7 mile, high elevation, ridge line day hike that traversed 2 of the tallest peaks in Kern County – Mt Pinos (elevation 8831′) and Mt Abel (8286′). Day hikes, equestrian trails, backpacking, mountain biking areas nearby. Steep, granite, chaparral, lightly forested w/ ponderosa and Jeffrey pines. From this ridge trail you have a 360 degree view over the entire region. The cabin community of Pine Mountain Club is to the north side (and IF the skies are really clear, you can see the Sierra Nevada mountain range too); Lockwood Valley & Ozena Valley are located to the south; Cuyama Valley to the west and the Tejon Pass w/ Frazier Park to the east.

Off road use 4×4, dirt bikes, ATVs, and quads are common in Quatal Canyon, Apache Canyon, East Dry Canyon leading up to the wilderness edge. Rangers will ticket if they find you on the Chumash side of Quatal wash. The secluded yet inviting, wide, white sandy washes are just too tempting for some bad boys. 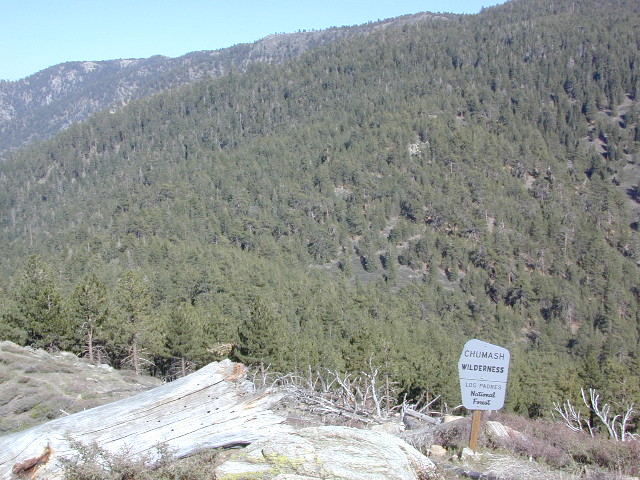 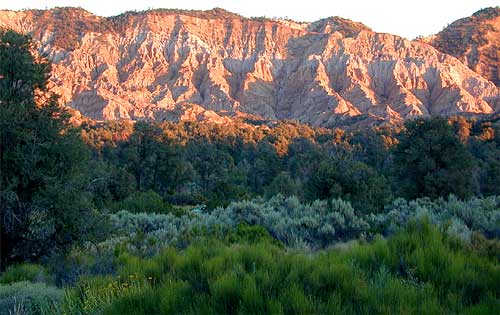 This major dirt road is not gated at either end, but winter sometimes closes the route due to snow depth. It never stays closed very long, as some beefy 4×4 will break thru the snow berm soon enough. Top elevation @ Cerro Noreste is approximately 5500′.

Quatal Canyon (possible Chumash word for Snake) is a giant high desert wash, ripping down from Cerro Noroeste (aka Mt Abel). Serious erosion w/ San Andreas fault lines – make it a very interesting canyon to explore on foot, horseback, motorbike, or mountain bike. The lupine & wildflowers here are incredible in late Spring in this red dirt canyon. Both nearby mountain peaks of Mount Abel & Mount Pinos are the tallest in Kern County.

This rugged primitive canyon gets torn up during a good storm in late summer or a big winter storm. Red dirt gets very slippery – especially on the edges of a cliff. Boulders in the road, flash floods – or no road, river of mud! 2WD passenger cars can take this route in dry months, but high clearance is usually preferred. 4×4 is needed during heavy rain or snow – which could be half the year (Nov-April). Flash flooding is possible all over Los Padres NF, so know the weather forecast in advance.

Seen small RVs, trucks pulling trailers & even a U-haul moving truck down this way. MapQuest always amazes me where they route you. This is a graded dirt road, some of the time. MapQuest should post a ‘see Total Escape for this route’. Come on folks, if you’re traveling cross-country, while moving your residence, buy a real map to explore the National Forests of California. You may end up sleeping way out here – broken down in the moving van, in the boonies & no cell coverage, cuz you had a one page, wrinkled map in faded ink, wet & smeared. And MapQuest told you it was paved. It’s not paved 90% of the way.

Primitive camping is also allowed in the canyon wash or on the side routes, in certain seasons. Use an existing camp site when possible. Clean out the rock fire ring of litter & bottles, pull back all dry brush at camps & leave these places better than you found ’em. There are hundreds of dispersed campsites out here. The open wash is especially nice on a full moon hike, just bring friends – cuz it is considered “big cat country”. Camp fire restrictions are in tight control on this SoCal region. You will need a camp fire permit, a big shovel & lotsa water. Check with the Los Padres rangers to make sure. Recently Zaca Fire (2007) & the month long Day Fire (2006) both came very close to this precious sanctuary.

The high desert terrain is pinyon forest, with yucca & manzanita. The eroded cliffs of red rock, white & orange hues, glow best during the clearest sunsets. You will almost think your in Utah, until you get up on a ridge & see the smog in the Central Valley of California.

Mahu Tasen, a Native American camp and sweat lodge, has ceremonial grounds in a canyon off of Quatal. There is also a large rock quarry mining operation, as well as numerous wineries and ranches along this route. Several private residences too.

helpful maps of the region – 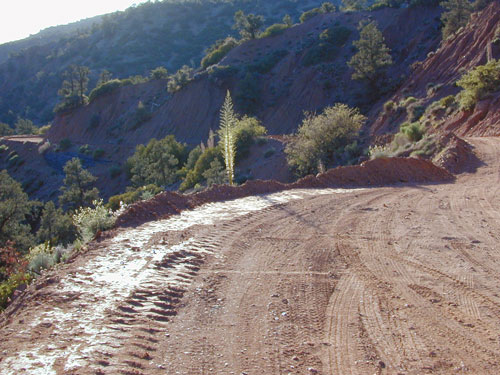