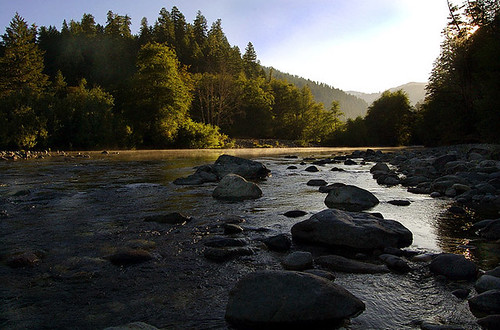 One of the least known rivers in the Golden State, the Smith is designated as a Wild and Scenic River. This could be one of the wildest and cleanest rivers in the world.

Located in the Pacific Northwest, this area typically sees the most rainfall of any California region. Smith waters flow from the Klamath mountains of Oregon, to cross into California  with state line near O’Brien.

Smith is the only major, un-dammed river inside California and it contains the most original, ancient forest ecosystem than any other waterway in the state.

Smith River water often appears emerald green or on clear, sunny days, a turquoise blue color. This is because of the rare green serpentine rocks below that cast their brilliant color. 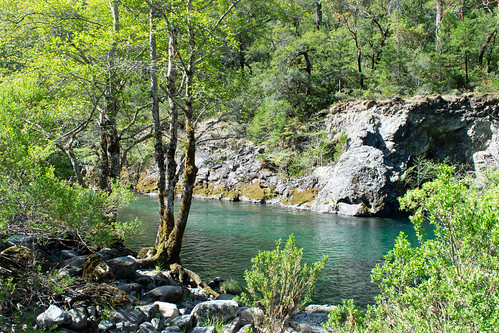 Beginning up in Oregon….

The Smith River, its three major forks and dozens of side creeks drain a beautiful, rugged terrain of the Pacific Northwest, flowing southwest from the Klamath Mountains to the Pacific Ocean. Nearing the coast, the river makes an abrupt turn north to meet the sea.

A couple of campgrounds in this area are open year round, but the others close down for winter. Rainy season normally runs from October through April with an average annual rainfall over 90 inches. Summers are dry and warm, with high temperatures between 80-100°F. Contact the NRA Headquarters at the Gasquet Ranger Station for current weather forecast/conditions.

In 1990, the portions of the Smith River on the Six Rivers National Forest were re-designated to create the Smith River National Recreation Area. More than 300 miles of the Smith River drainage are designated wild and scenic, making it one of the most complete river systems in the nation. The emerald-green Smith River flows freely and naturally, without a single dam for its entire length (and the only major river in California to hold this status).

Winter rains provide the whitewater conditions so avidly sought by kayakers. The Smith River abounds with Class IV and V rapids on all three forks and has many miles of steep creeking waters. Its miles of whitewater require a fairly high degree of technical skills by the boater.

Just past the confluence of the Middle Fork and South Fork, the river leaves the NRA and flows past giant redwoods. Great summer floating in Class I and II waters through here.

Once the three forks join to form the mainstem, the land levels out, and the last 16 miles to the ocean present less demanding conditions, Class I-II in medium flows. 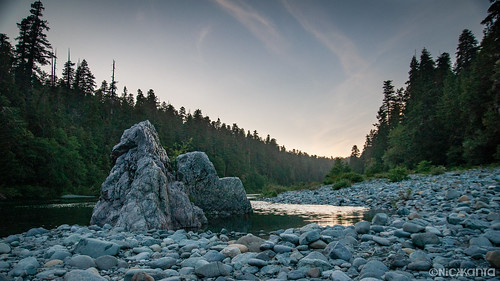 FOREST & PARKS
along the Smith River 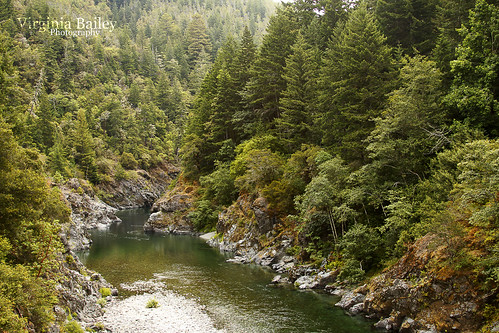 Forks of the Smith River? 45 stream branches and 3 major forks, this huge watershed drains a lot of forest terrain.

towns near the Smith River: