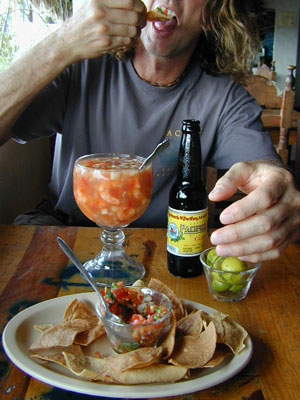 The lower half. The beaches, the ranches, the cacti, the fishing, authetico, and we cannot forget the resorts. The capital of Baja Sur Mexico is La Paz, the major city of the southern region. Only an hours drive from the resort mecca Cabo Coastline or village of Todos Santos, the urban center has an airport, downtown, shopping, restaurants, auto repair services and a developed sea side port. Out near the Sea of Cortez you can find small inlets and bays with kayaking, snorkeling and primitive camping on white sandy beaches.