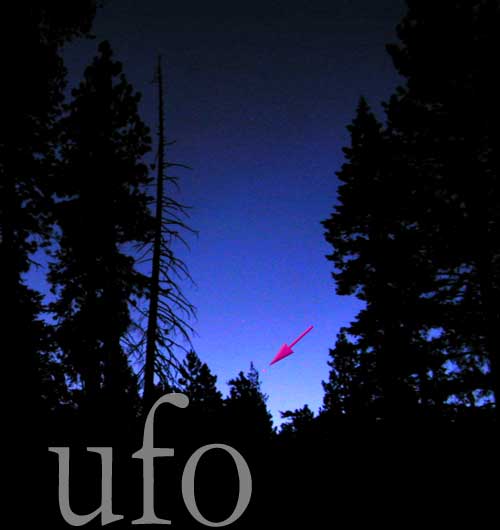 Many, many a nights spent under the heavenly stars. Outside in the middle of nowhere, tent camping, with fresh air and very open views of the sky. If you’ve seen the night skies, you know how incredible they can be, especially in the High Sierra. Alpine late summers with minimal moisture in the air, where chilly night time is show time and day time is for napping in the hammock. Perhaps you stargaze out in the vast deserts in winter months, or only in summer near the coast. But how many people ever see an unidentified flying object?

Stargazing comes hand in hand with meteor showers, telescope camp outs, star parties, and yes, unidentified flying objects. Although, half of the reports are in day light. I’ve heard a few UFO stories in my day, but only one California dude who had a story about a New York U.F.O.

I dated a conspiracy/ufo guy in college, who turned me on to Art Bell (late night talk radio) who loved to discuss the more bizarre things in life.

I’ve driven near Area 51, but not camped. I have yet to see one UFO, nor a crop circle, but I am not a pilot either. After camping out 1000 nights, over 35+ years, you would think I would have encountered at least one by now. I’m kinda bummed. I would like to see one, if they do exist.

places known for unusual activity (in the night sky):