Marble Mountain itself, a stark, red-and-gray marbled peak. Most of the peaks exceed 6,000 feet in height, with Boulder Peak being the highest at 8299 feet. Long recognized for its wild value, this region became a Primitive area in 1931, a Wilderness in 1953, and a part of the NWPS in 1964. Numerous trails provide excellent and extensive access to the Wilderness, and human use is rated as moderate.

Majority of the lakes are tranquil gems set in rocky settings. At least one-third of the wilderness is cloaked in a great variety of trees, dominated by Tanbark oak, madrone, and Douglas fir populate lower elevations, with whitebark pine, foxtail pine, and mountain hemlock higher up in altitude.

Alpine meadows and bare rock in the highest elevations. Bear, deer, and many other species of wildlife are plentiful.  The Pacific Crest Trail crosses the entire Wilderness for 32 miles north-south, and accesses many other trails. Most of the trails offer relatively easy travel for people and horses, and excellent campsites are to be had along the way. Nearby guest ranches offer pack trips and accommodations during summer season.

NorCal weather = Rain and snow is common for more than half the year, so winter access could be muddy, snowy, rainy, windy and cold. Kayakers, anglers and hunters may not mind the inclement weather, but most of the hikers, backpackers and horse like the warmer months. 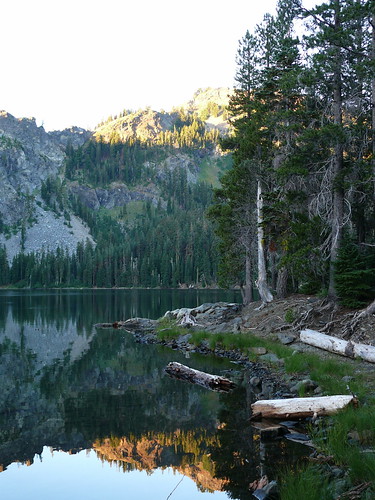 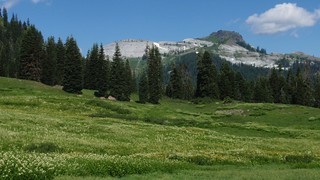 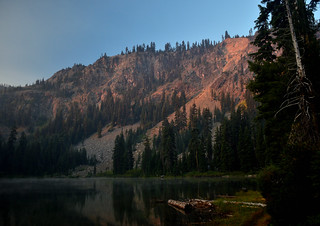