North of Weaverville & Lewiston, about 10 miles
West of Trinity Lake & Redding, CA
Headwaters of the Trinity River & the Salmon River

Trinity is NorCal’s jewel of alpine lakes and granite peaks – many above 8000′ elevation, about 40 miles inland from the ocean. Trinity is located in between the infamous redwood coast and the I-5 corridor. Rivers, creeks, lakes, and trails into the high elevations regions, bqckpackers and equestrian campers alike.

Hiking trailheads are accessed from all sides -On the east side you have Trinity Lake & Trinity River w/ Highway 3 running lengthwise in a north-south direction. Hwy 299 runs east-west along the south side of the wilderness. Klamath River Hwy 96 lies on the west side of the wilderness. Salmon River, Scott Mountains and Cecilville are north of the alps.

Both the small Russian Wilderness & the larger Marble Mountain Wilderness are located to the north of Trinity Alps, along with rural towns near the Scott Mountains and the Salmon River. Castle Crags Wilderness is to the eastern side, near Interstate 5.

The mountainous area is quite unique, as exposed granite mountain peaks and alpine lakes are pretty rare in the coastal Cascade ranges. The only other spot in California that has an 8000′ peak nearing the coast is just north of Los Angeles – Los Padres’s Mount Abel & Mount Pinos peaks, both over 8000′ in elevation.

The USDA map for Trinity Alps Wilderness was outta print for nearly 2 years and it has recently been updated and reprinted. New edition released in 2013 and now available at the Total Escape map store. Printed on waterproof map paper and updated in 2012.

Weaverville Chamber of Commerce & E Clampus Vitus (ECV #62) present NorCal’s summertime CarShow in Weaverville, a highlight of the Trinity River region. This classic auto display is held at a beautiful small town location & it’s been running for years. Event festivities spread out between the SuperMarket parking lot and Lee Fong Park, near downtown Weaverville, California; Camping & fishing are superb in these forests at this time of year. Make a long weekend of it!

California sure has a lot of mountains. West Coast land is home to the tallest Sierra Nevada range, plus the Cascade range, which extends northwards to Canada. (Many of which have volcanic peaks.)

We break down all the mountainous regions in the north part of the state below w/ links, topo maps, lakes, rivers, wilderness, parks and forests. Small towns & cities are linked in red.

Redwood forests and rivers are what make up most of the Northwest part of California, just below the Oregon coast. Logging and fishing are the big industries up here. Lumber mill towns and camps still exists today. Wilderness areas, dirt back roads, river kayaking, stream fishing, camping and real wild indians. Oh yeah, and Big Foot!

The landscape in more dramatic along the North Coast of California, as the steep rocky terrain tumbles into the sea w/ the San Andreas fault running parallel to the shore. Marine life, rocky shores w/ small towns. Del Norte County & Humboldt County. Wild rainy weather, at least half the year; fog and sun the other half.

The furthest north is Siskiyou County, which borders the state of Oregon. We have the Klamath River flowing south into California, with plenty of mountain peaks, forests and wilderness. Interstate 5, Highway 3 and Highway 96

Pacific Crest Trail passes through the area and backpacking is common (all year long). Notable spots – Klamath Knot and The Eddy’s. Prominent Mount Shasta is actually situated inside Siskiyou County, not Shasta. 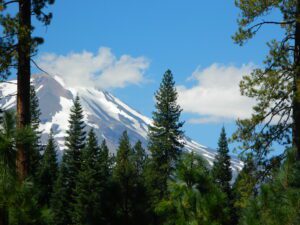 Giant Mount Shasta is located inside Siskiyou County, and Shasta County & Trinity is everything located to the south of it. Interstate 5, Highway 3 and Highway 299. Recreational lakes, rivers and streams, and off roading trails.

Waterfalls, hot springs, mountain biking and stream fishing can be found within this region. Mining history and museums are primarily situated around Weaverville. Houseboats and boat rentals can be found on the big reservoirs. Whiskeytown was totally toasted in wildfire of 2018. Alpine lakes, granite spires, campgrounds and cavern tours, all located along the Interstate 5 corridor. 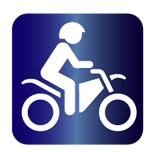 Coastal mountains located above the Napa & Sonoma wine country. US 101 & Highway 20. Rivers, forests, wilderness and redwoods is the key terrain that make up the Mendocino County mountains.

There is a fair amount of off road trails and dirt roads located in and around Mendocino, so you can expect to see 4x4s, dirt bikes and toy haulers on the east side of the mountain range. The coastal side of the Mendo National Forest will have the rivers and redwood parks.

Northern Sierra Nevada mountains is where the granite rock of the Sierra meets to volcanic rock of Lassen Volcano.  Butte County and Plumas County is the Feather River drainage, all flowing south from Mount Lassen.

Pacific Crest Trail is routed through Bucks Lake Wilderness and the Feather River Canyon, so backpacking is popular. Highway 70

California towns around the Plumas Mountains: 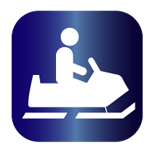 Technically speaking, the Susan River is the top waterway of the Sierra Nevada mountains. Lassen County spans the distance from the Nevada state line, west to Plumas forest and the Feather Rivers (all 4 forks).

Lassen Peak is the middle of the National Park and the National Forest totally surrounds that. Numerous lakes, hiking trails, wilderness areas and dirt roads make up this huge forested area. Snow-mobiling is popular in winter months around the town of Chester.

California towns around the Lassen Mountains:

The far northeast corner of the golden state is the remote cattle range lands of Modoc Country inside Modoc County. Drier than the rest of NorCal, the high desert sage brush meadows, a few lakes and pine forest mountains. Highway 299 & US 395 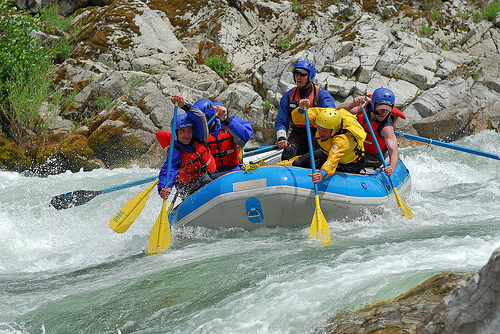 Salmon River
Forks of the Salmon

You gotta know how to read a map if you wanna find this hidden gem. For those who love seclusion! This NorCal river region is a prime destination for true nature lovers: campers, hikers, fishermen, river rafters, river kayakers, mountain bikers, backpackers, birdwatchers and horse enthusiasts. Summer is the busiest time and of course, the best weather. The remainder of the year, you’ll basically have the place all to yourself. Winters can be wet and sloppy, so don’t get stuck in the mud. Cell phone reception is minimal in these densely forested backwoods.

A significant part of the Klamath River’s watershed is in the Karuk Tribe’s Ancestral Territory. Karuk Indians have carefully managed their lands through an integrated continuum with the aquatic and terrestrial ecosystem functions for thousands of years. Salmon, or “Ama” in the Karuk language, was a major source of food and spiritual renewal. 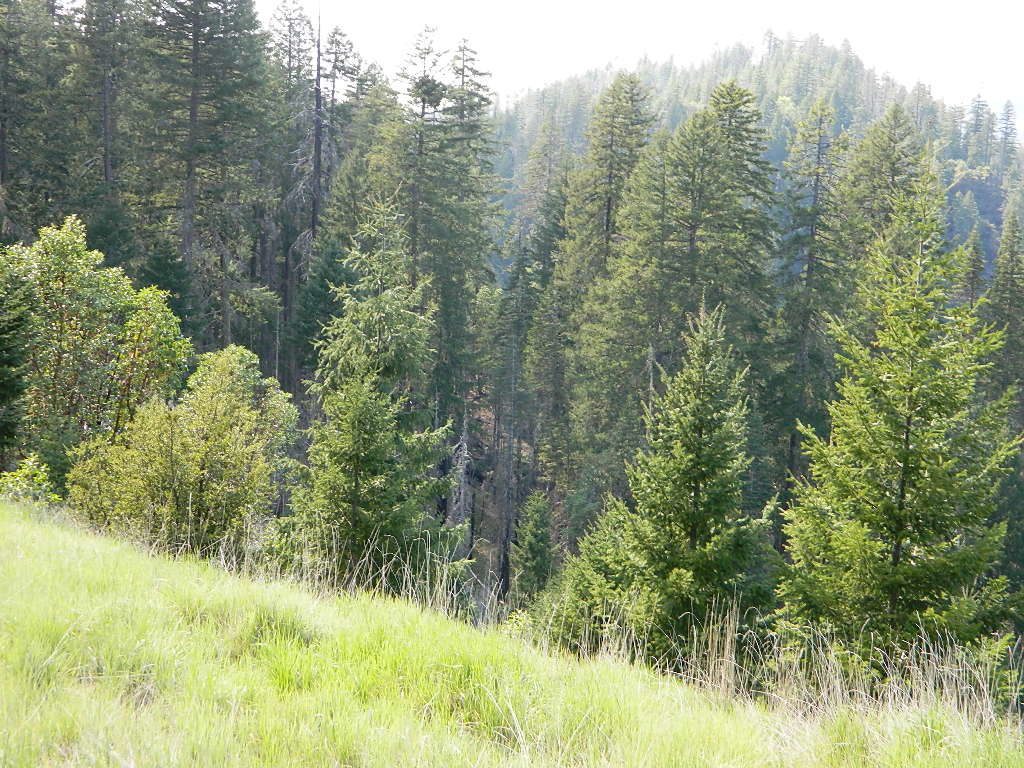 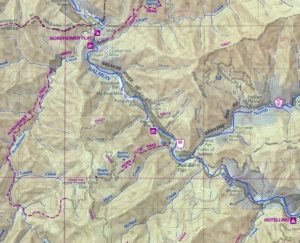